Is Rogaine bad for you?

The minoxidil is coupled with finasteride, the only treatment recommended to combat the early stages of androgenetic alopecia, when destruction of hair follicles is still not very high. Minoxidil is a vasodilator and has a very precise function: to stimulate the bloodstream so that nutrients reach a greater number and faster to the hair follicles.

The main side effect of minoxidil: let it restart the process

Minoxidil is administered in concentrations of 2% in the case of women, 5% in the case of men, topically normally. It has an effectiveness of between 15% and 60%, its first results are usually visible at 6 months and its main side effect is that interrupting the treatment, which is usually a double application a day or every two, usually involves the loss total hair conserved. That is, it returns to the starting situation, but with the trauma of seeing the hair that had remained. This problem in a treatment that is for life is a side effect that has to be noticed from the start.

Another side effect derived from the treatment is the so-called shedding effect, which consists in the partial loss of regenerated hair 2 or 3 months after starting the treatment. It is normal: the regenerated hair, which is weaker, falls to make way for another a little more robust, although never as the original in most cases. Although it is an inconvenience rather than annoying, the treatment should not be interrupted. This controlled fall is part of the treatment with minoxidil.

As for the other side effects, minoxidil has an advantage over other treatments, such as finasteride, as its negative consequences, if any, are usually limited to the hair or the area of ​​application of the treatment. This makes it a non- aggressive treatment.

Almost all side effects consist of problems derived from the alcohol used in the treatment: itching, dehydration, irritation or burning.

It does not have to happen, because alcohol is present in almost all the products we use for hair, but it can be the case that alcohol contacts a more sensitive area of ​​the scalp and produces discomfort, beyond the usual Desiccant property of alcohol.

The other side effect associated with minoxidil is a collateral damage to taking the treatment in pills: hirsutism. In the case of men, an increase in facial hair does not usually attract attention, and there will even be more than one beard who appreciates it, but for women it can be an inconvenience.

The vasodilator effect is usually quite controlled when the application is topical, either in gel or in sprays, but when minoxidil is taken as pills, the stimulating effect usually occurs globally, especially in those areas where hair follicles abound more productive, but also in other places, such as the face, arms or chest.

After disclosing such side effects of Rogaine We will never insist enough to emphasize that minoxidil is a lifelong treatment that requires total commitment: the use of the drug every day. 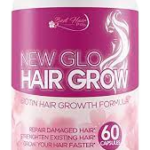 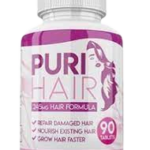 Puri Hair Review – You Should Read Before Buying 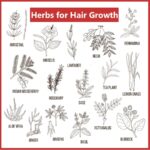